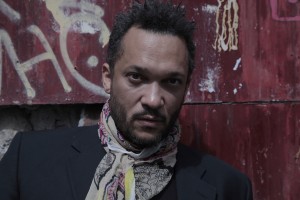 With an international career spanning more than 20 years, residencies in prestigious clubs like Le Café d’Anvers, the Lotus of New York, the Jet Set in Moscow, the Queen in Paris and radio shows on Ibiza Global Radio, Couleur 3 in Switzerland, or Radio Nova in Paris, Charles Schillings is one of the leading DJs on the French scene for his mix of powerful, melodic and eclectic house, which combines rock, electro-funk, soul and jazz.Originally from Belgium, he’s been living in Paris for many years.
Close to the world of fashion designers, he has regularly scored shows for Karl Lagerfeld and Alexandre Vauthier. Often requested during the Paris Fashion Week to set to music the Haute Couture shows from Celine and Barbara Bui, his talents have also been featured at special parties for Calvin Klein, Louis Vuitton, Chopard, Armani, Dita von Teese … Signed on the Pschent label in 1996, he selected and mixed the six volumes of compilation, “Overground House” and many other projects (Club Pride, Elite Model’s Attitude…), and produced three personal albums. The first, released in 2002 entitled “It’s About …”, was widely acclaimed by the press and featured the single “Tengo Nada”, a duet with actress/ singer Clementine Célarié.
In 2004 his second album, “Not Correct”, featured the single “Spin It Right!” with Juanita Grande, of which the video, particularly noticed, is still aired on today’s electronic music-related

TV shows. “Like a Radio”, also featuring Juanita Grande, closed the album triptych at Pschent in 2010. Soon after being signed as an artist, he was appointed A&R Manager at Pschent, a position he left recently after 17 years to create OFF THE RECORDS, a label he dedicates to event-related soundtrack design and music releases. Collaborations with major brands: Sound design: identity and brand guide, covering spaces and events.